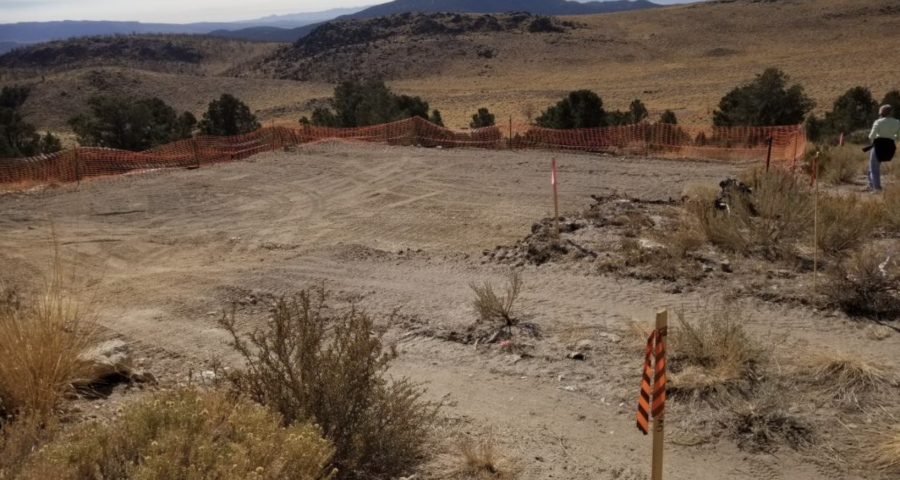 One year ago the Forest Service approved drilling at the Spring Peak area under a categorical exemption After new communications with the Forest Service and a site visit in October, we learned that OceanaGold has begun improving roads and constructing drill pads at four locations while they await the arrival of their drilling equipment from Canada. The company has only one year to finish the project under the categorical exemption.

Risk to Wildlife and Permit requirements

The drilling area contains multiple seeps and springs which are critical seasonal habitat for sage grouse. BHCP and volunteers will be making regular trips to the site to document the drilling activities and make sure the company complies with their operations permit. Post monitoring will be needed as well to ensure reclamation of the sites is done properly to reseed the area with ground cover in order to prevent soil erosion and the spread of invasive species. BHCP took the following photos in early October. 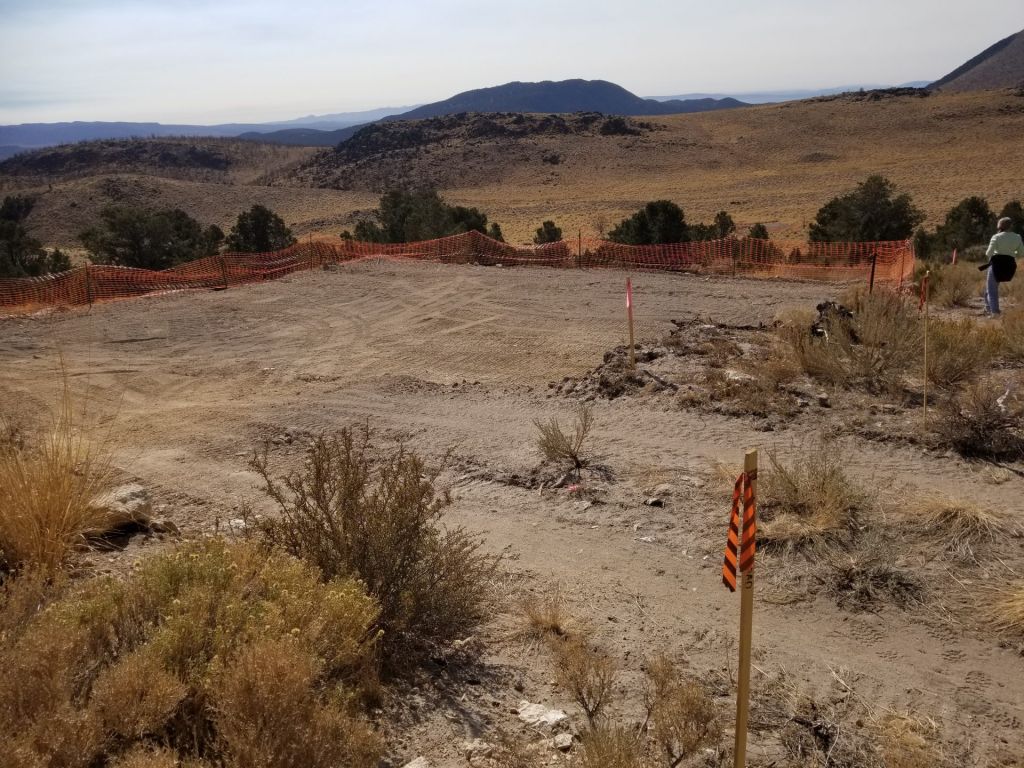 Photo 1.  Looking southwest at one of the completed drill pad sites at Spring Peak. The drill pads measure 60 feet by 70 feet. 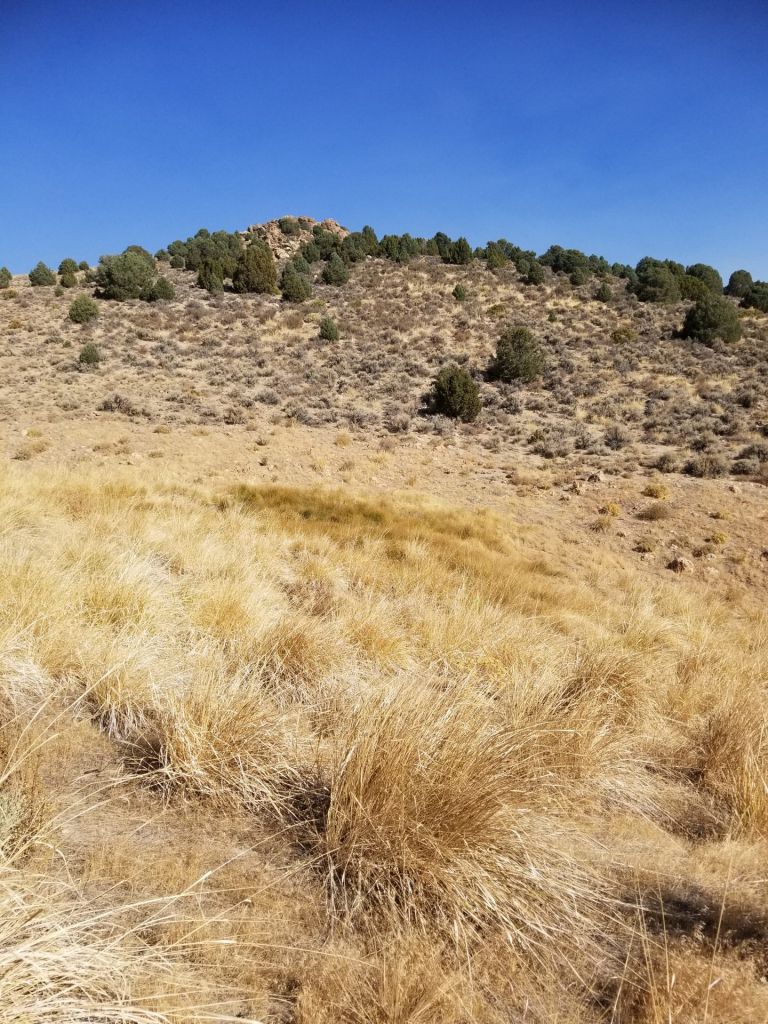 Photo 2. A spring system located adjacent to the drill site locations. Native grass and forb species important for sage grouse and other wildlife. BHCP volunteers flagged off the area to avoid damage by the company’s operations with permission from the Forest Service.

Photo 3. OceanaGold cut this road for access to one of the drill pad sites. This road must be restored to its previous condition and reseeded under the approved plan of operations.

Photo 4. OceanaGold cut and damaged a large section of remnant sagebrush to build a staging area. This included, some of the only vegetation left unburned from a wildfire several years ago. 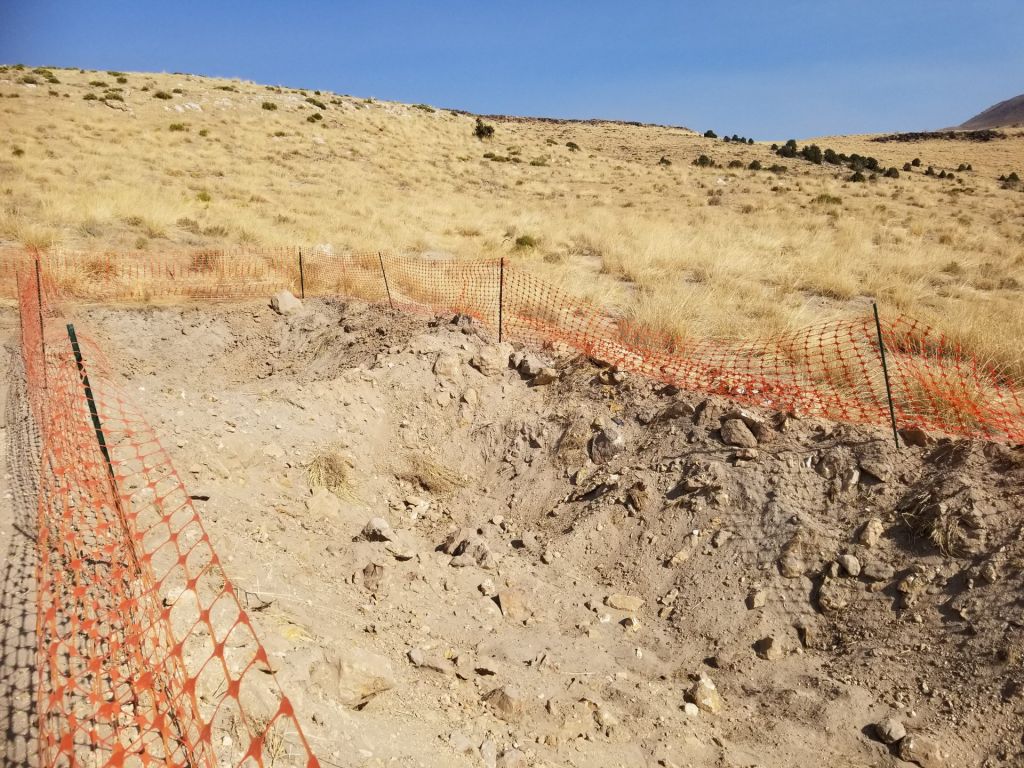 Photo 5. Large sump trenches adjacent to the drill pad. OceanaGold dug sump holes 6 feet deep measuring 15 feet by 20 feet wide. They are used to collect drill fragments and fill with drilling waste fluids. The sump holes will remain uncovered through full evaporation which could take several weeks providing a potential hazard to wildlife. These sumps are supposed to include escape ramps for wildlife and livestock, but will remain filled with mining discharge until it evaporates or is mostly absorbed into the groundwater of the Bodie Hills.