Once Again Threatened by Gold Miners 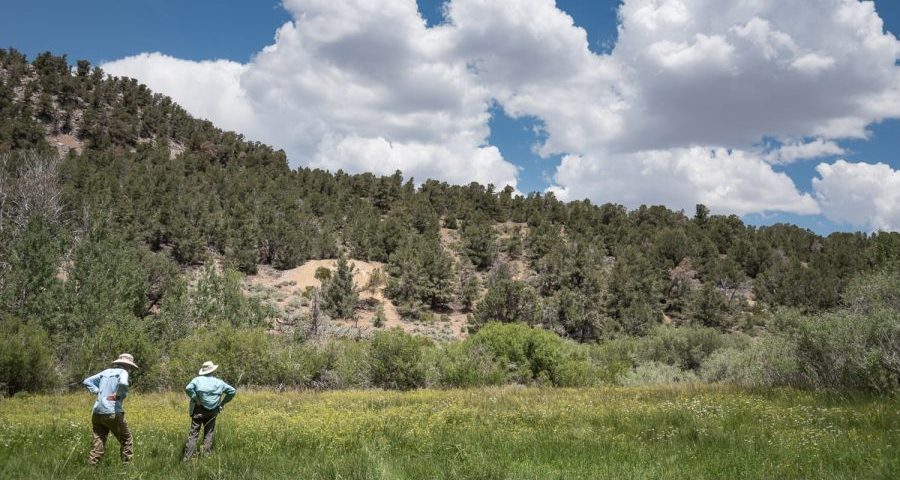 It’s been an uncommonly wet winter and spring here in the Bodie Hills, so the soils are saturated, the creeks are flowing, and the seasonal “dry lakes” contain standing water. Years like this are especially good for exploring plant life in the Bodie Hills. At least 640 (possibly as many as 750) different species and varieties of plants occur in the Bodie Hills. This impressive diversity is due in large part to the variety of habitats, plant communities, and environmental gradients across the area.

Most of the range is clothed in sagebrush scrub and pinyon-juniper woodland. These plant communities contain much more plant diversity than is apparent at first glance. Moisture and temperature gradients from the west to east sides of the range and from low to high elevations contribute to this diversity.

The western slope and central highlands of the Bodie Hills are home to many plants that are common in the Eastern Sierra region. Among these you will find perennials like antelope brush, desert peach, spiny hopsage, snowberry, desert paintbrush, sulfur buckwheat, and several kinds of milkvetch. Native perennial grasses include squirreltail, sand ricegrass, and Great Basin wild-rye. In spring and early summer you will see annuals such as the bright yellow Brewer’s navarretia, pale blue Wilcox’s woollystar, and several white-flowered cryptanthas.

The lower east and north slopes of the Bodie Hills (on the Nevada side of the range) are home to many other plants associated with the Great Basin and northern Mojave desert floras. The woody ones include winter fat, saltbush, Nevada ephedra, Bailey’s greasewood, budsage, and spiney horsebrush. Numerous herbaceous wildflowers occur only on this side of the range.

From the “Elbow” bend of the East Walker River to Potato Peak in the center of the Bodie Hills, elevations range from about 5,600 to over 10,200 feet above sea level. Heat intensity and length of growing season vary a lot over these 4,600 feet. The shoulders and summits of the highest peaks support plants you might not expect to find in the Bodie Hills. Above about 9,800 feet on Bodie Mountain and Potato Peak you will find sub-alpine and alpine plants more commonly seen in the high Sierra Nevada. These include bush cinquefoil, Eschscholtz’s buttercup, mountain sorrel, and Brewer’s draba. A few of the highest peaks (Bodie Mountain, East Brawley Peak and Mt. Hicks) also support small stands of limber pine.

Snow accumulation sites are common on the steep north and east slopes of peaks and ridges. These areas tend to have sandier soils, extra spring moisture, and shorter growing seasons. At mid-elevations these often support quaking aspen groves. At higher elevations (as along the Bodie-Masonic Road), you may see small stands of lodgepole pine and herbaceous plants less common in the surrounding sagebrush, like dwarf lupine and Parry’s goldenbush.

Aquatic plants have limited opportunities to thrive in the Bodie Hills, and in dry years they may not be able to grow at all. In wet years, at places like Dry Lakes Plateau and Chemung Lake (on the northwest side of Masonic Mountain), spikerush will be standing a few feet tall in the shallow water. Water mudwort and a tiny gymnosteris may be abundant around the receding shorelines. As the soil dries out, the bright yellow flowers of tansy-leaf evening primrose may light up the lake beds, sometimes visible from miles away.

Throughout the Bodie Hills are creeks, springs, and meadows where greater moisture and richer soils provide habitat for plants that need to keep their feet wet, including many different sedges, grasses, and rushes. Shrubs along creeks include several different willows, Woods rose, aspens, and occasionally buffalo berry. Clearwater Creek and Mormon Meadow, both along the paved highway to Bodie, are good places to explore these habitats.

Additional plant diversity is made possible by variations in geology throughout the area. Most notably, Travertine Hot Springs, just east of Bridgeport, has extensive wet, alkaline soils and crumbling travertine crusts that support plants uncommon or absent elsewhere in the Bodie Hills. These include Hall’s meadow hawksbeard, slender cleomella, alkali grass, desert snowberry, and Nuttall’s sandwort.

Listing and naming these plants really can’t possibly convey the delight of finding them in the field. So during your next visit to the Bodie Hills, make an extra stop or two at a meadow, hilltop, aspen grove, or any bright splash of color in the sagebrush, and see how many different plants, flower colors, and growth forms you can find. Notice the insects that visit them and the geology under foot.

To learn more about the botany and natural history of the Bodie Hills, or to download a free checklist of plants in the area (with scientific names), visit www.BodieHillsPlants.com. To see what plants and wildlife people are observing throughout the Bodie Hills, visit iNaturalist (www.inaturalist.org/places/bodie-hills). 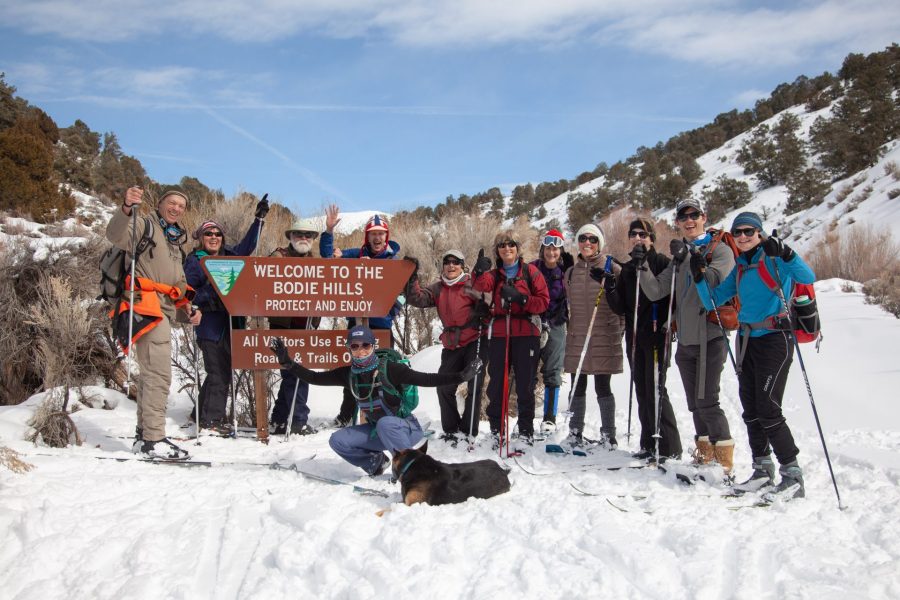 The Bodie Hills Conservation Partnership Newsletter is Back!